Can a DUI Lawyer Beat a Breath Test Case? YES! 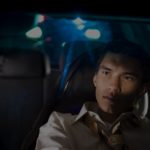 One very frequent question I get as a DUI Lawyer in Canton, Ohio is whether or not it is possible to beat a DUI (called OVI in Ohio) if someone tested over the prohibited level on a breath or urine test. The answer is absolutely yes. It doesn’t happen in every case, but there are numerous ways an experienced DUI Lawyer can get around the test results.

First, if the police officer who stopped you did not have probable cause or reasonable suspicion to do so, the stop was illegal. The remedy for an illegal stop is suppression of all the evidence discovered as a result of the illegal stop. This includes the breath or urine test results.

Fourth, there are numerous regulations regarding breath testing established by the Ohio Department of Health and the General Assembly that must be followed or the results must be excluded. This post would be way to long to list all the regulations, but here are a few: The officer must observe you for 20 minutes prior to you taking a breath test to ensure that you did not put anything in your mouth. Putting something in your mouth prior to a test could cause the results to spike due to mouth alcohol. The test must be taken within three hours of the alleged violation. The machine must be in proper working order. The police department must conduct an instrument check at least every 192 hours to ensure the machine is working properly. The instrument checks must be conducted by a Senior Operator with proper certification which must be renewed annually. The solution used for the instrument check expires after one year and must be discarded three months after first use. The test result must be within .005 plus/minus of the solution target amount. These are just some of the regulations I rattled off the top of my head. I could go on. There are even more regulations for urine tests.

So, I think you can see that if you tested over the prohibited level your case is not over. But, I hope you also realize that you will have to hire an experienced Massillon DUI Attorney / Canton, OH DUI Lawyer if you want any chance of getting out of a DUI. The above examples are really just the tip of the iceberg. Within each of the above arguments there is a vast amount of case law and detail that must be understood and asserted properly to win.

Please contact us today. If we do not respond right away we will do our absolute best to reply within 24 hours.